From 1958, Gibson president Ted McCarty’s design patents for the Flying V, Explorer/Futura and Moderne models. Early prototypes of the guitars were constructed in 1957 with mahogany bodies, but when models went into production Gibson switched to Korina.

From the pictures we can see that only the Flying V’s shape remained unchanged all the way throuh to the production stage, with the Futura’s Headstock and body being modified to that of what is recognised as the Explorer. The Moderne would not be put into production until 1982. 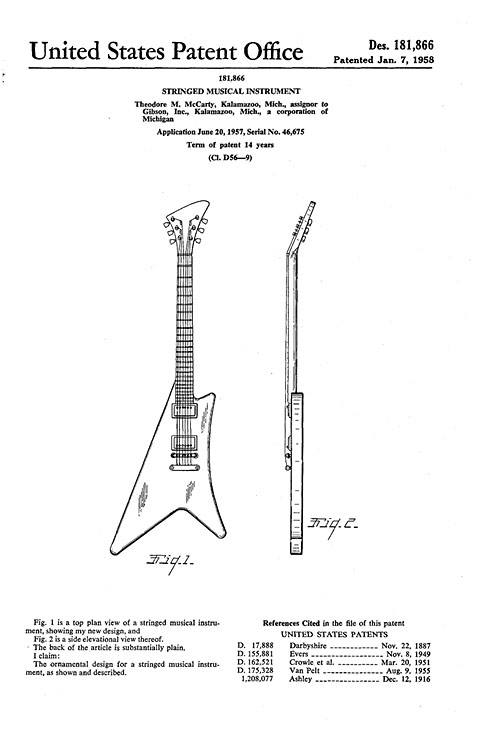 1 Comment on Design Patents For The Gibson Flying V, Explorer and Moderne from 1958

Copyright © 2022 Create a free website or blog at WordPress.com.